One of the country’s leading experts on micromobility has called for greater clarity on the national debate over e-scooters.

Phil Ellis, CEO of the United Kingdom's largest shared micromobility operator Beryl, believes that mis-truths and a lack of information are clouding public opinions on e-scooters.

His comments come after national media reports of an e-scooter operator withdrawing part of their rental fleet in Bristol, after one its machines began burning in a user's home.

Beryl, in partnership with local authorities, are currently delivering trial rental schemes comprising 250 e-scooters in the Bournemouth, Christchurch and Poole (BCP) area, 250 in Norwich and 200 in the Isle of Wight. They currently have around 10,000 other micromobility assets connected to their systems nationally.

Their e-scooter schemes are three of several approved across the country by the Department for Transport (DfT) to support a ‘green’ restart of local travel and help mitigate reduced public transport capacity. In September, the DfT extended the duration of the BCP scheme to run until March 2022.

“E-scooters provide a fun and safe alternative to car travel, reducing congestion and carbon emissions, but it should be remembered that they can also be an important part of an integrated public transport system alongside cycling and walking provision.

“Since we started our trial schemes, they have proven extremely popular with our customers, who have already clocked up almost half a million journeys spanning over 1,630,00km.

“However I believe that there is currently a lot of misreporting, particularly in national media, that is portraying an unfair picture of e-scooters as ‘gadgets’ and undermining their legitimacy as a genuine transport option."

Beryl works closely with local police forces and the crime commissioners to ensure their schemes remain as safe as possible for customers and pedestrians.

This summer, the firm introduced a geofenced ‘Go Slow’ zone at the promenade in Bournemouth, which automatically reduced the speed of their scooters to 3mph or under upon entry. The scheme, which used GPS data and geo-fencing was designed and introduced as an additional safety measure in response to the expected increase in visitors to the beach. A similar initiative is currently underway to boost rider and pedestrian safety during the area’s busy festive attractions.

Further analysis of Beryl’s e-scooter schemes shows that, since they were first launched in november 2020, users have, on average, reported accidents on less than 0.02% of the total rides and there have been no reports of fatal or severe accidents* Furthermore, analysis of the past six months shows that, on average, reports of misuse were attributed to just 0.6% of the total valid e-scooter rides.

"The statistics prove that, when planned correctly with local authorities and stakeholders and with the safety of users and pedestrians treated as paramount, e-scooters can offer fast, clean and inexpensive travel.

“They can also help ease the burden on transport networks and allow for social distancing; but it's important that people recognise the difference between such schemes and the private vehicles that are often bought online and without standardisation.”

The Beryl e-scooter is available to hire through two payment choices of either Pay-As-You-Ride (£1.50 unlock fee + 10p per minute) or Minute Bundles (£1.50 unlock fee and bundles priced at 5p per minute; 100 minutes for £5, 200 minutes for £10, 300 minutes for £15 and 400 minutes for £20). Users that park a hired e-Scooter outside of a Beryl Bay will be charged a £5 convenience fee, while users that lock a Beryl e-Scooter outside of the Bournemouth and Poole operating zone will be charged a £10 penalty fee. This fee covers operational costs associated with returning vehicles to a bay for another user to ride.

Beryl e-Scooters can be used on roads, cycle lanes, carriageways and other areas where cycling is permitted but not on pavements.

Those using Beryl e-Scooters and bikes to transport themselves are encouraged to wash their hands immediately before and after use and stay two metres away from others whilst riding.

*Severe accident is classed as one resulting in life-changing injuries 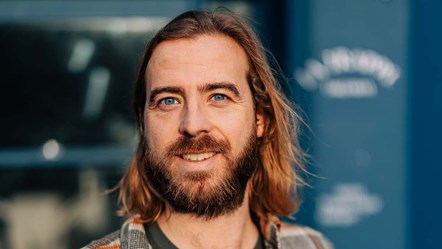