Laserlight, the bright idea of a student behind a lifesaver for cyclists

The moment of clarity for cyclist Emily Brooke was less like an apple falling on her head and more like the prospect of a white van slamming into her.

Like many bicycle users before her, she realised that if the vehicle beside her on the road turned left, she would be squashed as she was in the driver's blind spot.

About three years later, the designer has sold more than 3,000 Laser light units from her company Blaze. Aimed at night-time cyclists – 50% of urban bicycle commuting is during the evening or night – the aluminium device combines a light and a laser which projects a green image of a bike onto the ground 5 metres in front of the cyclist. It attempts to make drivers, who may not see the bike in their blind spot, aware of their presence, especially at night. It also alerts pedestrians about to cross the road. 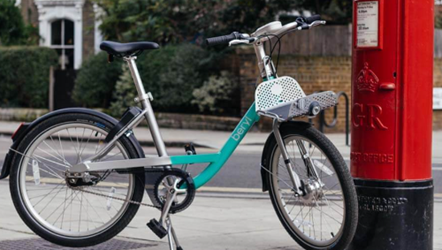